How to Connect a Crossover to Speakers?

In this article, our editors have explained in detail all the steps that will help you connect a crossover to car speakers. A crossover is actually an audio processing unit, which is able to separate a single audio signal to two or more frequency ranges.

As for passive crossover, they are really easy and simple to install. They don’t need any kind of power connection or grounding, you can simply install them between your amplifier and speaker.

Speaker wire from the amplifier is connected to the input of the crossover. And, then the process is really simple as the tweeter wire is wired to the tweeter output and the same is for woofer output.

If you are going to face a challenge, then the only challenge would be where to mount it but most of the component crossovers are really small. And you can easily fit them inside your door, which is near the location of the woofer. In line crossovers, are another type of passive crossover, which is connected between the amplifier and the receiver.

But they have the disadvantage and that is they change their crossover points without any warning as they react differently to the different amplifiers.

But, once the whole installation process is completed, you get the whole control over the system, as all the speakers are under your control.

How to Connect a Crossover to Speakers?

This is a step-by-step guide and you will learn about connecting a crossover with car speakers. Before going into the details for today’s topic, you must first install a crossover in your car. For this, selecting the right location is a must.

Here are all the details:

Installing a Crossover in your car

Finding the right location for installing your crossover is the key point. The best location is which is easily accessible and doesn’t take up much space in your car. Though most of the time it is just okay to tune in your sounds and enjoy it. You must be familiar with car speakers sizes before starting this procedure.

Sometimes you may want to tweak the system to enjoy a new sound. But make sure that your crossover is securely mounted and doesn’t go flying off, in case of an auto accident.

I am using Polk Audio 6×9 Speakers that are just awesome and delivers powerful sound, Click here to buy it from Amazon.

To avoid the noise problems, avoid the crossover directly to the metal. You can even mount your crossover and amplifier on the same board for your convenience.

Proper Wiring of the crossover

Again, same as the amplifier, the crossover would be needing almost 12-volt power directly from your car battery. Though you can use the wiring, even as thin as 18 gauge for your crossover, which is unlike the wiring of the amplifier.

In order to get power for your crossover, go for the distribution block and just simply use the power cable, just like the amplifier.

For the noise-free grounding point, which you will definitely need, go for the same place as your amplifier, as it will also be good for your crossover. Just make sure that the grounds are tightly attached to the vehicle and there is no dirt and paint are in the place of the contact. And for your turn on lead, you can simply tie it to the lead of the amplifier, without any worry.

But the turnout circuit of the receiver has a limited capacity and it will give you a lot of trouble, as it will fail, in most of the cases, when you are trying to turn on two or more devices. And when that happens, do not fret, just get a relay as it will be easily triggered by the turn-on circuit. But it can get its voltage from another source i.e. fuse box.

But still, if you face any kind of problem or you think you can’t handle it, then you can just call your tech department and can get free advice. Or you can leave your questions in the comment box and my team will get back to you as soon as possible.

Connection of crossover to car speakers

Now, that you understand the basic concepts, we can move onto our main question of how to connect a crossover to car speakers. You should properly install car speakers in the trunk before connecting a crossover.

For that, the first thing while setting up the crossover is to end up every band of frequency which the tweeters can be, subwoofers and midrange speakers. For instance, just play them at the same volume.

Then, the next thing to do is applying the EQ curves and the tone adjustments as per your liking. Then, do the whole process again by resetting the crossover in order to compensate for the equal adjustments. You can even tweak EQ till it sounds perfect to you. Do it again and again till you are satisfied.

Even though all crossovers are different but the process of setting them is quite similar. So, just follow the given steps and it will be easy for you. 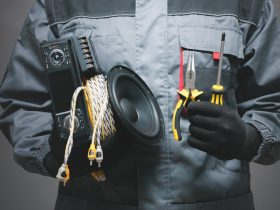 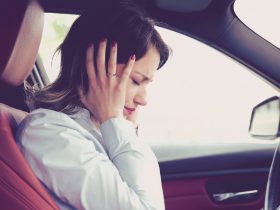 My Car Speakers Are Making High Pitched Noise – How to Fix? 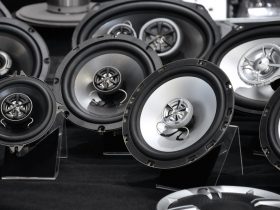 What Are Coaxial Speakers? Your Go-To Guide 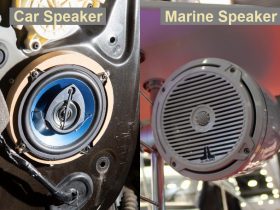