How to Get Broken Aux Cord out of Stereo?

While driving listening to music is like a source of pleasure that comforts your soul. Aux cord is a small piece of wire almost 3.5mm featuring 2 x stainless steel slim connector covers. The Aux Cord plugs easily into your music device which enables you to listen to music while traveling.

I received a message from a friend and his aux cord was broken inside the car stereo, he asked about best methods for removing a broken aux cord out of car stereo.

Aux cord works pretty much with your devices and you can change or upgrade your music player with ease. Auxiliary input is an additional input method and there are several different types of cables and connections available in the market for this purpose.

In this article, our editors have explained proven methods that will help you remove the broken aux cord from the stereo.

Every ease comes with some difficulty. The main drawback while using aux cord is that it often breaks down in the car stereo and it seems difficult to remove the broken part of aux cord but fortunately we have developed some methods to get rid of this problem.

How to Get Broken Aux Cord out of Stereo?

Aux cord if not used properly can be broken down and the worse thing is that its broken metal part can be stuck in the car stereo. You should always buy a high-quality aux cord for your car stereo.

It often happens due to the carelessness of the users, poor quality of the cable, usage of the already damaged cable, pulling out from the cable instead of a connector, putting some extra pressure, doing vigorously, etc.

So while connecting and removing aux cord cable from the car stereo always do it properly for not facing any kind of difficulty. Because once aux cord has broken down and its metal part remained stuck. It will be difficult to remove it but if it happened, we have many methods to remove it.

While removing a broken component from a car stereo, first you should take some preventive measures because it is a sensitive issue and in case of any carelessness it can cause severe damage.

Your single wrong step can harm you a lot so be careful before taking any action. First check properly from where the aux cord has been broken, from black plastic part or from the metal part.

There are several ways to remove broken aux cord and choice is yours depending upon the severity of the problem and availability of tools. Magnet probably not works because mostly there is no iron component in the broken metal component.

When the aux cord metal piece breaks down it creates difficulty .here is an easy way to remove the metal part stuck in car stereo but all the time it does not work

For this purpose first, you have to take two needles of larger length and smaller diameter .grasp one needle in your right hand between your fingers and other on your left hand.

Put the sharper ends of the needles into the jack and apply pressure on the broken, while doing this also tilt outward .by doing this the metal part will come out of the stereo.

By the use of juice straw

If you are facing the situation like breaking of aux cord in car stereo is enough to spoil your mood .its our common habit to enjoy music while traveling. A simplest and easy trick is by the use of juice straw.

Take a juice straw, push it in the jack and it should grip on that little piece and pull it out. If the broken part did not get out then repeat it two or three times until the broken cord comes out.

By the use of some stiff wire

This is the simplest way to remove a broken component of the aux cord. The only thing required is a paperclip or any other type of stiff wire with one sharp end. For this, you should start from disassembling the unit for accessing the jack back.

Push the broken part with some kind of stiff wire .for this purpose you can use paperclip also as it is easily available.

You may have to face a situation like breaking off the small metal piece of aux cord in a car stereo.

For this, first, u have to take a paperclip and then unfold it, hold from one end and heat the other end of the unfolded paperclip until it becomes red hot. Then put the hot end into the jack, wait for few minutes, and then push it out. the hot wire will melt the plastic and stick to the paperclip.

Once the plastic insulating component of the jack stick to the paperclip then forcefully but steadily pull it out, you will see that the broken part also comes outward with it.

There are several other ways to remove the broken component of the aux cord from the car stereo but many of them do not work or requires some extra effort. It’s somehow risky but it always works and an easy and most commonly used method.

I think super glue is perfect for this purpose. It will require gel superglue, tissue papers, paperclip, and gloves. While doing this u first have to wear gloves as the glue can overflow and stick to your hands. Glue something similar in diameter with the broken metal piece like a paperclip, toothpick, or any other stiff wire.

If you are using a paperclip, first unfold it and then put a drop of superglue on the tip of an unfolded paperclip (you can also use any other type of stiff wire).

Then immediately put in the jack, wait at least for 3 hours and with great care pull it. The broken component will stick to glue and come out with the wire.

Yeah, it is an easy way but it requires caution as while putting a glued wire into plug your hands may shake and getting glue all over the socket. The other issue is that there can be a plastic insulator between the tip of wire and jack so first analyze properly before doing this.

Whenever you are removing the aux cord from the car stereo, be careful. Instead of pulling the cable, firmly grasp and pull the connector. When you pull wire, you are putting extra force which directly acts on the delicate plastic insulation, making it stretched and eventually break down.

The other common mistake we usually do is after removing the audio device; the aux cord remained in the car stereo which will increase the chances of damage to both cable and car stereo. 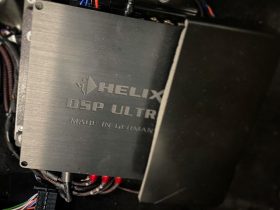 Pros & Cons Of Installing DSP In Your Car Audio 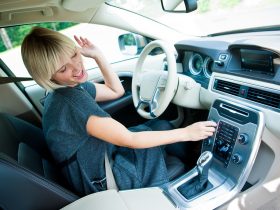 18 Tips to Improve Audio Sound Quality In Any Car

What Is a Mono Car Amplifier? How Do I Wire a Monoblock?

How To Install Car Speakers In Rear Deck?