Here are 17 best methods to ix a soundbar for no sound. In this article, we have explained the main causes of sound issues in a soundbar.

If your soundbar turns on but no sound, it can be because of low volume, half-pressed button, a problem in an audio source, excessive power, burning of power cable, over-heating, faulty wiring, damaged remote, internal wire break, distorted sound, no connection with other devices, and dis-functionality of ports.

With a good soundbar, you can enjoy high-quality audio. Follow this step-by-step guide to get the best out of a soundbar.

A soundbar helps produce sound for various devices, and it is the central soundbox for many surround systems and is very much in demand.

Causes of no sound from a soundbar

Sometimes the soundbar stops producing the sound. It happens all of a sudden, which has a reason.

There are many possible reasons for this sudden stop of sound production, and some of them are as follows.

It is one of the most basic and neglected reasons. Some people turn off their soundbar and whole surrounding system on low volume. When a person resumes it, he thinks that the instrument is not producing sound.

The range of sound for these is usually between seventy to eighty percent. It should not decline from this range, and the person hears less or no sound.

It is a minor problem and, anyone can reduce it by increasing the volume. Check the volume range on the screen or touch the volume button.

Turning on any electrical device is not a big deal but, sometimes it gets technical. The buttons of the switchboard get rusted and, they lose their motility.

A person who opens the buttons every day by simply clicking it does not understand this tiny problem. As a result, they remain half-open. It stuck somewhere in between on and off function.

It ultimately results in no power or less power. It produces no sound in such cases, and it is a frustrating condition for many people.

The only solution to this problem is, press the button carefully and with intense force. Turn it ON and enjoy the best sound emergence.

Check the sound sources of the soundbar which connects to it. The surround sound systems, the woofers, and speakers contribute to sound production. You can attach a wireless subwoofer with your audio system.

In the inappropriate working zone of these speakers, the instrument stops producing sound. It is a problem that is not related to the device directly but the surrounding impacts the system.

There are multiple cables for audio production in the sound device. The insertion of wire inside the port is a simple process. Just follow the arrow signs on the port area and insert the cable in the same way.

Some people lack this step, and they do not follow the insertion process. They inject the wire in the port in the wrong way and opposite direction.

As a result, the device gets the power to remain on, but it does not produce sound. Follow the instructions on the manual and port for resolving this issue. You can also mount the soundbar on the ceiling, but you check all the wires.

Optical cables are different than other audio cables. They have different auxiliary settings and have different ports. You cannot deal with them the same way as usual wire, but many people do.

The instrument stops emerging sound in such a situation, needs the necessary connectivity and port insertions. You cannot hear any sound from this in such a setup.

Check the optical cables and their ports and resolve this minor issue. It can occur when you connect two soundbars with one TV.

The extra power, plus electric supply to the soundbar, brings many damages.

Due to overpowering, the device becomes hot, and it stops working due to this load. The excessive power reduces the quality of the system.

It generates more power, and when it is not in use, and the current continuously flows inside, it affects various parameters and, volume decreases all by itself.

Burning of the power cable

Sometimes due to excessive current of a small electric shock, the wire of power burns from one edge. In such situations, it remains on, but the power cable does not work appropriately.

All the features of the sound device get an impact due to the burned power cable. It has a powerful effect on the quality and quantity of sound.

If it remains on, but it does not function appropriately. It does not produce any sound. Check the power cable and change it, in case of need.

Continuous use of any electric device gets so much heat, which is not better for the system’s functionality. It directly impacts the voice quality of the instrument.

In the presents of excessive heat, the electronic device remains on, but it does not work. There is no volume, and buttons do no impact the dis-functionality anymore.

Turn it off for some time and allow it to cool down.

There are multiple wires of the soundbar other than the power cable. These wires remain connected to the surround sound system. Any damage to this wire results in inappropriate voice production.

They get damaged due to excessive current or electric shocks. It is one of the most common and harmful issues related to bar. To find out the cable which is not working appropriately.

Change it with the new one, or resolve the damage. The solution of the issue results in the volume emergence once again.

Soundbar has a broken remote

Sometimes the audio system gets the power, and apparently, it seems all normal. All the wires and ports work appropriately, but still, it does not generate sound. The up and down volume button of the remote has no impact on this function.

It means that the remote control is not working. Sometimes the Remote loses its battery or has some damage inside the remote’s internal connection.

The only solution to this problem is the replacement of the remote with a new one. The whole system starts working after this alteration. You can use the TV remote to change the volume of the soundbar.

A soundbar is a complicated system from the inside as it is from the outside. There are multiple wires and connections inside; sometimes, a wire breaks due to a shock, a jerk, or any other problem.

Excessive heating destroys the vulnerable wire inside the system. The breakage causes no sound emergence, that is a big issue.

Check the box internally and change the wire. Take it to the expert and sort the problem before it damages the other functions.

Sometimes it produces sound, but it is so distorted that nobody can hear that voice. There are a lot of vibrations and other sound problems.

The causes are numerous, overheating, to broken power cable results in such issues. Resolve the problem and check it once again. Turn off snd on the volume button. Sometimes soundbars can be too loud for an apartment.

No connection with other devices

It does not provide sound all by itself. It requires other accessories as well. Some people have organized home theaters, but few of them set up soundbars every time.

In such a situation, a person forgets to connect the instrument with the sound source. The cables remain unplugged, so when someone turns it on, it only gets the power.

No one hears the sound in such scenarios due to inappropriate wiring and connections. Insert the cables in every port for the proper functioning of the electric instrument.

In some setups, the television and electronic device are two things. One connects to the other, and both provide their functions.

The soundbar uses the television’s sound and provides its features, and both devices work in complete synchronization.

Sometimes due to technical issues of the TV, it also gets affected. It results in the breaking of the sound. Check the TV properly and resolve its issues.

There are multiple audio ports behind and sides of the soundbar. These are for specific cables and helps in the generation of sound. In such situations, one of those ports stops working due to improper insertion of wire.

The insertion of wire inside the port with an undesirable force results in channel breakage. These are delicate, and a small jerk damages the strips.

A break of one strip leads to complete non-functioning of the port. There is no sound generation in such cases. Check the ports and change them with new ones immediately.

How to fix a soundbar for no sound?

There are multiple methods with which you can resolve the soundbar volume issues. Some of them are as follows.

Wiring plays a vital role in the complete functionality of the sound system. Resolve the problems of power cables, audio cables, and optical cables and settle the damage in terms of possibility and replacement of wires is one the best remedy.

Change the remote every six months, remove its old battery, and replace it with a new one. Solve the issues and, it helps in the proper sound generation from the voice device.

Take the gadget to the experts and give it a thorough inspection. It results in pick pointing all the internal damages of the sound instrument.

Do this process every now and often but in case of damage and less voice production, immediately consult the expert.

Adjust and settle all the associated devices with the soundbar. It directly improves the production process. 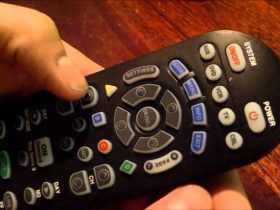 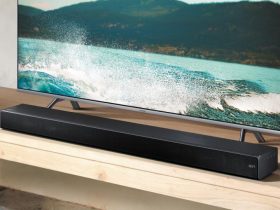 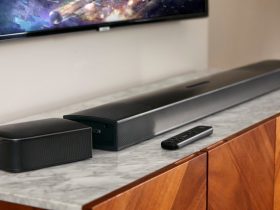 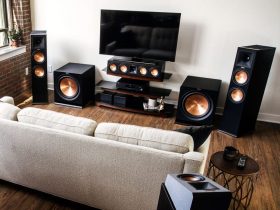