Why is My Car Stereo Getting Hot?

A car stereo system has an amplifier to amplify the power of an audio signal to shift the speakers and make a sound. A car stereo system remains hot during the running of the car but when it gets too hot it means that something is wrong in it.

In this article, our editors have explained all the reasons that will make your car stereo hot along with a list of precautions.

Your car stereo can get hot because of incorrect installation, cheap or old car stereo, wiring errors, poor grounding, and dirt.

So you should be aware of this problem that how and when care stereo gets hot and which type of problem can be caused by it.

Why is My Car Stereo Getting Hot?

Car stereo must be installed properly in the car that it can prevent damage and also do not harm the car. If your car stereo getting hot it can also damage your car wiring that could be more hazardous.

There are some causes that can damage your car stereo or it can get hot.

One of the major causes is an old age car stereo which makes it hot and can cause further damage to the wiring. Everything has its timing, and it works properly during its timing, when something gets old it cannot work properly.

Same like this car stereo gets hot during the running of a car gets too much hot. This problem is unavoidable.

if you are using a car then you should buy a car stereo according to its components required. If you will buy a car stereo that does not fit your car. It is either high or low quality for your car then it will definitely get hot and will not make a sound.

It can damage the whole system of wiring due to overheating of stereo.
So make sure that you are using a car stereo that matches to your car.

It is a very common and major cause of car stereo overheating because if you will not install in your car properly then definitely it will not work properly.

When car stereo will not work properly it will get hot. Due to overheating of car stereo other problems related to the car can take place.

There are all types of car stereo are present in the market. High-quality, low quality, low cheap quality, car stereo you should buy the best quality car stereo for your car. Cheap quality gets hot earlier when a car is running due to manufactured by low-quality material and also affect the other components of the car.

If your car battery is damaged or not charged then it can also lead to a fault in a car stereo. So check the wiring of car stereo with the power of a car. If the power of the car showing problem then it will cause the car stereo too much hot.

Leading to a stage where no air can pass from it and ultimately it gets too much hot. Clean car stereo gives good performance than a dirty car stereo. So many people are seems looking for the new car stereo but do not clean the car stereo properly that can main cause of car stereo.

Much car stereo problem cause due to the wrong grounding of the wires of stereo. Many people poorly choose grounding point in the car. Due to which wires interact with ether metals and a problem occurs.

So make sure the proper grounding points for wiring in the car.

Problems caused by overheating of the car stereo:

Many problems can take place in the car when your car stereo gets hot. There are some problems that are caused by the overheating of a car stereo.

If you installed a new head unit in the car but it is not receiving the power then it means it is affected by overheating of the car stereo. Head unit requires12v of power for working when it will not get that power then it will stop working.

Leading cause of this problem is overheating of car stereo due to the wrong connection of the wires of the car stereo.

It can also be caused by when the amplifier of the car is on safe mode. In a safe mode of the amplifier, green lights show that means everything is good.

While a red light indicates the alarming condition that the problem could be in the wires or another component.

this problem can be solved by checking the voltage of unit head that should be 12v. Check it by voltmeter if the voltage is provided completely then it means the problem is in due to another reason.

This problem is mainly caused by car stereo overheating. It occurs when new aftermarket speakers are installed or repaired and then installed in place of factory speakers.

As we know that bass of the speakers requires the push of the air and pull off the air. One speaker pushes the air and other speakers pull the air. So overheating stereo or damaged stereo do not work properly and newly installed speakers lack the bass.

Unwanted sounds in an audio system:

When car stereo gets hot then hearing different types of unwanted noises can disturb you very badly. It would be a very bad impact on you that distortion noise or farting noises are heard due to overheating of the car stereo. It happens when you choose the car stereo not perfect for your car.

Either it is cheap or low standard or not matching with car compatibility then you will that type of noises. It can also be caused in old age car stereo that is unable to give its output so when car ignites then noises start and it disturbs the travelers. A sharp pop sound is heard by this type of problem.

When car stereo heats up then noises are heard you can get rid of this problem by setting the capacitor between the power wires and ground wires it absorbs unnecessary sounds prevent from transferring to car stereo system.

If speakers still popping then change the channel and check to wither sound seizes or not if yes then it could be the problem of radio channel if not then replaces the car stereo or speaker.

Sound cuts in the audio system of the car due to overheating of care stereo or it can also be caused by loose wiring of car stereo or speakers.

When you listen to music on full sound for a long period then you will get your car stereo too much hot, to control this heat excess airflow required.

To prevent this problem you have to encourage excess airflow in the car or make sure that the air condition of the car is working well it can manage this type of overheating.

Radio is not working:

If your car radio is not working properly then it must be due to overheating of car stereo either its fuse has blown or wrong wiring cut of the radio sound.

If you radio some time turn on or off in irregular base then surely there is a problem in power and ground wiring of the car stereo. Also, check its fuse that either it is blown or not:

Check the voltage by voltmeter if the voltage is good then check the fuse. If it is a blown fuse then change the fuse. Make sure when removing the fused form the stereo car should not be on ignition because on ignition current is passing so be careful during the removal of the fuse.

How to prevent over-heating in a car stereo?

Car stereo plays an important role in the car audio system if it gets hot then all the enjoyment gets bored. so to make the car stereo stable during traveling you can use a customized fan:

This fan is customized only for the car stereo. So by using this fan for your car stereo during traveling, you can prevent your car stereo from overheating and over tempered and can enjoy your visit happily.

it is the main task through which one can prevent from the heating of car stereo if you install it perfectly then you can use it for long life. Because the main thing is proper installing of the car stereo with right wires and in the right place

1) first off unscrew all the screw that is placing the old car stereo. And then remove it.

2) Before removing the car stereo make a picture of the wires that are connected with it to remain in your memory for new installation of the car stereo.

3) Now remove the wires and put the old stereo aside.

4) Now take a good quality car stereo that is manufactured by the best quality brand.

5) Plug the wires into it carefully; these wires are in different colors making sure you are plugging right wires into the car stereo.

6) Ground the wire and then screw up the car stereo in its place.

7) Push the power button on and check the sound.

Note: if you live in a hot climate then you can use a customized fan with a car stereo. 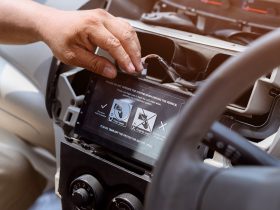 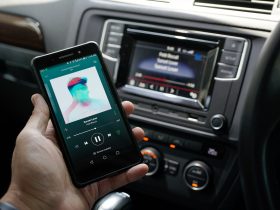 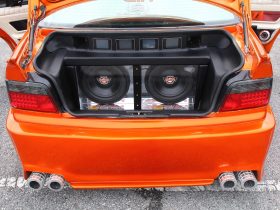